What is the Government Work Plan?

The Government Work Plan is the proposed new plan for the States over this term of government. It replaces previous policy planning processes. It sets out a recovery plan and is divided into the following three phases. 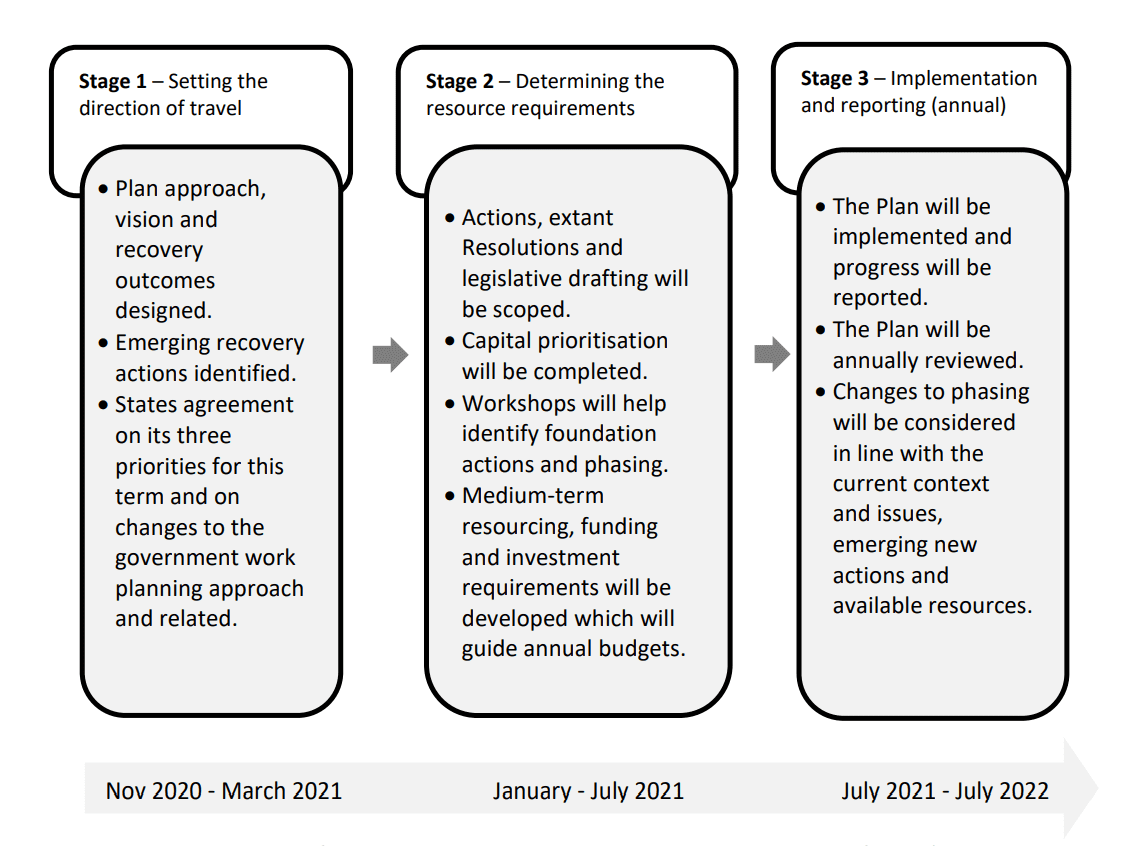 The States report containing Stage 1 of the plan was debated at the 26th March 2021 States meeting (see resolutions here). This stage gives four priorities for this term as:

Why is the Plan important for the GDA?

It is therefore important to the GDA that work previously agreed under the Disability and Inclusion Strategy is included in the Plan and is resourced. This will ensure that work carries on to protect the rights of people affected by disability.

The components of the Government Work Plan are: 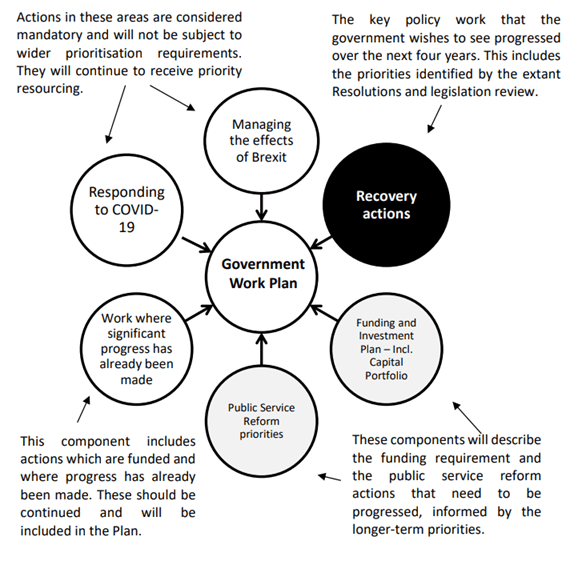 Stage 1 of the Government Workplan not only sets out the high priorities for the term but provides:

All of these are important to the GDA if it wants work to continue or new work to start it will have to align to the outcomes not have decisions already made, dropped and have work prioritised.

What recovery outcomes does the GDAs work align with?

The table of recovery outcomes in the Government Work Plan includes a number that the GDA aligns with, including:

Some of the descriptions, for instance:

“Local people will be supported to mend and improve their physical health.”

are of concern, as is the potential for certain important areas to fall outside the outcomes.

However the GDA was pleased to note that the monitoring of the plan would be against the UN Sustainable Development Goals, which are: 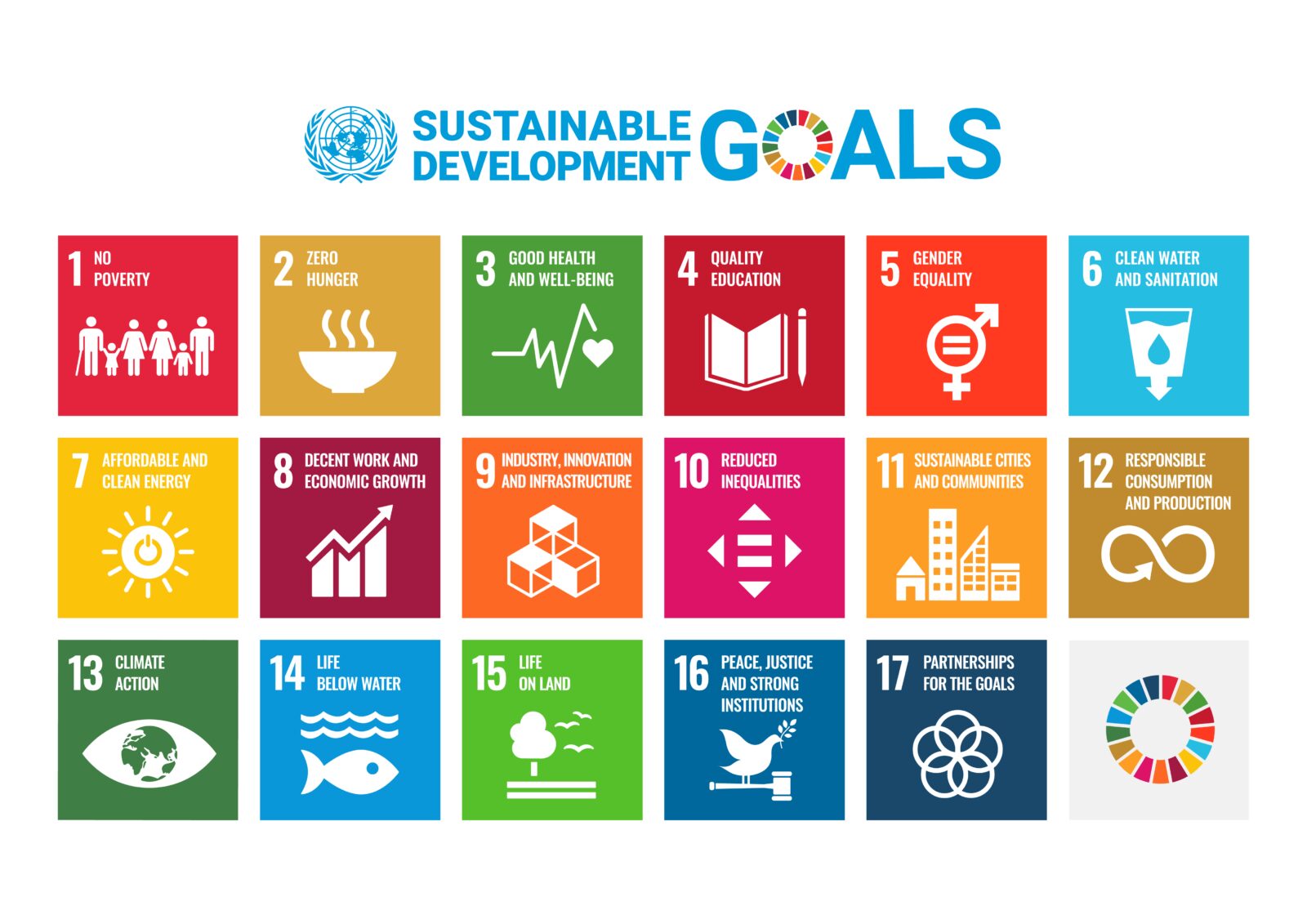 Monitoring of the Government Work Plan is proposed to be by using the UN Goals and drawing on the baselines established through the reporting on the OECD Better Life Indices and the Regional Well-Being Index.

The GDA hopes that the UN Convention on the Rights of Persons with Disabilities (UNCRPD) will be easier to monitor if UN goals are already adopted for monitoring the Work Plan.

Is the GDA happy with the list of prioritised legislation?

There are a number of important pieces of legislation where drafting instructions have already been given to the Law Officers. The GDA is pleased to see that these have been prioritised in the Government Work Plan and include:

Phase 1 of the discrimination legislation proposals contains all measures relating to prevention of discrimination on the grounds of disability or being a carer of someone with an impairment. The drafting instructions have already been agreed for this work by the previous States and it is understood that the Law Officers have started drafting.

GDA representatives met with the Chief Minister, Deputy Peter Ferbrache, earlier in the year to discuss prioritisation of work by the new States and had been reassured that work which was more than 50% complete with resources already allocated would be continued. This is one of the 4 key assumptions used by the States in the Government Work Plan.

Where drafting instructions have not already been approved by the States they are not in the legislation priority list of the Work Plan. This includes the 2nd Phase of the Discrimination Legislation. There would also be an opportunity for the two grounds added to the first phase of sexual orientation and religion to be held up when the scheduled States report is debated later in the spring /early summer.

We will be working with Equality Guernsey and ESS to ensure that there are no delays to protection being available.

If phase 2 of the discrimination legislation is not undertaken this term there is concerned that the grounds of age would be left out of any protection, particularly in the area of employment. This might mean someone may be dismissed, not employed, or otherwise discriminated against due to their age without any redress under the law. People have more impairments as they grow older. It is therefore important with an ageing population and higher starting age of the payment of the States pension that people affected by disability are not further, or alternatively, discriminated against because of their age.

We have spoken to organisations representing those who might be affected by age discrimination, both young and old, and hope to support them in anyway.

The GDA is conscious that current work on the education legislation has not been to the States with detailed drafting instructions and is therefore not in the legislation priority list in the Work Plan.

Having spoken to the President for Education, Deputy Andrea Dudley-Owen about this she has advised that proposals for a new law would be brought forward by ESC in 18 months allowing time to provide for governance of any agreed education model and any recommendations from the Special Educational Needs and Disability Review to be included in the proposals.

Is the GDA happy with the recovery actions that have been prioritised?

The following figure shows the relationship between the work streams and the proposed recovery actions. It again raises concern that without protection from discrimination on the grounds of age, currently in phase 2 of the Discrimination Ordinance, that the Ageing Well Strategy may well be missing a vital piece. 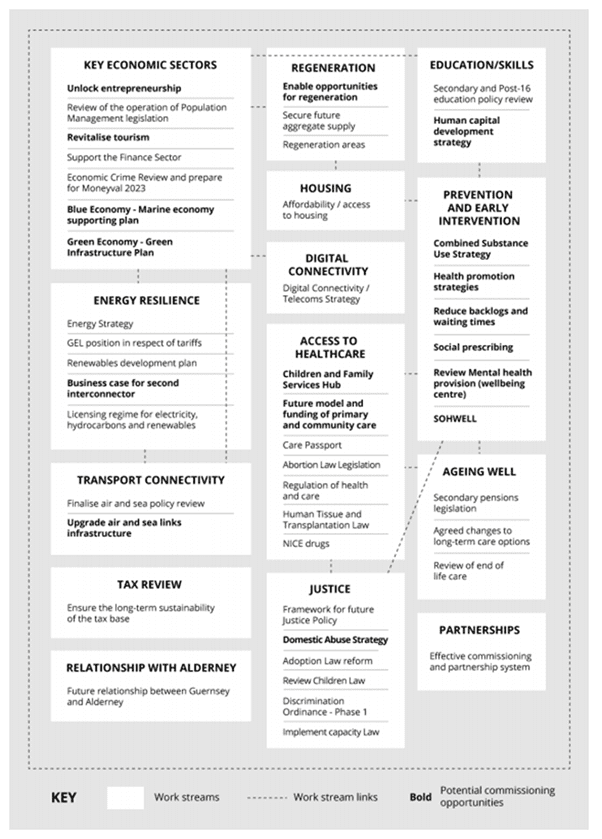 The Government Work Plan specifically warns that if work is to be completed within this government term it will need to be scoped and will have to draw on government resources.

It is understood that the debate on Stage 2 of the Government Work Plan, scheduled for July 2021, will provide more detail to inform the debate on prioritisation of this work. This includes the next stages of both the policy work to develop phase 2 of the anti-discrimination Ordinance and the next stage of the review of the availability of all drugs, treatments and devices approved by National Institute for Health and Care Excellence (NICE) Technology Appraisals.

It is anticipated that all matters where the States has already made a decision, but work has not yet started, will be brought forward for phasing alongside all other pressures on government in the July debate.

How will public service reform priorities affect the GDA?

There are guiding principles for the Work Plan, which are being refined, but one currently states:

Should support government and the public service to focus on its core functions, work in partnership with others and commission effectively where viable/ beneficial. The States will need to ensure actions support the opportunity to right-size the public sector, provide opportunities to support local organisations, or contribute to other public service cost savings. Whilst a tax review is underway to address long-term fiscal pressures, this will need to be accompanied by driving the most efficient public service.

It is likely that public service reform priorities will look at right-sizing the public sector with potential opportunities being created for third sector organisations to have their work commissioned.

Member organisations already providing services may have further opportunities. However, there is also a potential threat that states services may be cut if the States does not believe it should be providing that service. This may put more pressure on charities working with current service users.

Both the Guernsey Community Foundation and the Association of Guernsey Charities are aware of the GDA’s and other charities concerns regarding this and potential unpreparedness for any changes whether positive or not.

What about the money?

It is understood that the funding investment plan including the capital portfolio will form part of stage 2 of the Government Work Plan to be debated in July 2021 which will be about determining the resource requirements for the Work Plan.

We will not be aware of any detail until that report is published. However, we will maintain contact with P and R to ensure that any changes affecting the GDA or its member charities or anyone affected by disability are highlighted to us and any changes managed appropriately.