Human Rights and the UN

Human rights are a set of internationally agreed rights and freedoms that belong to every person. These rights are based on principles of equality, non-discrimination, fairness, self-determination, independence and respect for the dignity and rights of others.

These rights and freedoms cannot be altered or taken away. On the other hand, whether a person’s rights are fully recognised, protected and respected often depends on the policies and legislation introduced by governments.

Rights and freedoms are as important in Guernsey as anywhere else and our government has a duty to ensure that our rights are respected, protected, promoted and monitored.

Respect and recognition of rights is vital if disabled islanders are to be able to fully participate in, and contribute, to island life.  Promoting these rights has always been central to the work of the GDA.

After the world suffered the horrors of two World Wars, the United Nations Organisation (UN) was set up to help establish a new world order and increase communication and harmony amongst nations. One of the first things the UN did was to develop and agree the “Universal Declaration of Human Rights”.  That declaration became the foundation of all the rights and freedoms we have today.The authors of those rights understood that the atrocities of the wars had come about because governments were not respecting rights. Skewed ideology led to terrible discrimination and to genocide.Non-discrimination and principles of equality of opportunity and treatment are at the very core of all our rights.Rights are not something we “earn” or “deserve”, rights are ours because we are human.

What are Human Rights and Freedoms?

In Europe, Human Rights have been split into:

Civil rights mostly deal with things that governments must not do to citizens or must not stop citizens from doing (freedoms).

Examples of civil rights include:

Examples of economic, social and cultural rights include:

For the first time ever, human rights laws allow citizens to challenge the actions of their government and, ultimately for such complaints to be heard by an independent regional court. For citizens of Guernsey that court is the European Court of Human Rights.

The situation is different with economic, cultural and social rights. Because these rights may be realised progressively, it is generally not possible to challenge noncompliance through the court system. Instead, the UN operates a monitoring system where member nations undertake to provide periodic reports on progress.

Guernsey’s Human Rights Law, which gives effect to the European Convention on Human Rights, was introduced in 2000.
Find out more on the States of Guernsey website and Guernsey Legal Resources website 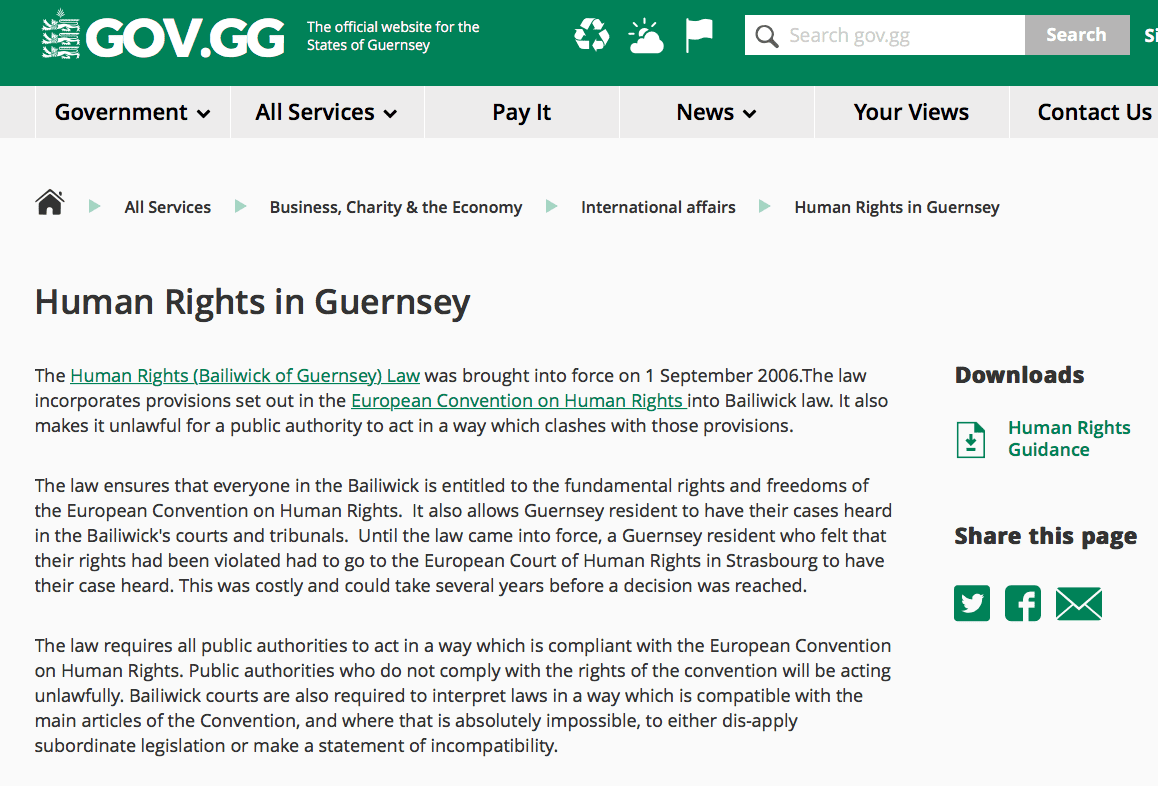 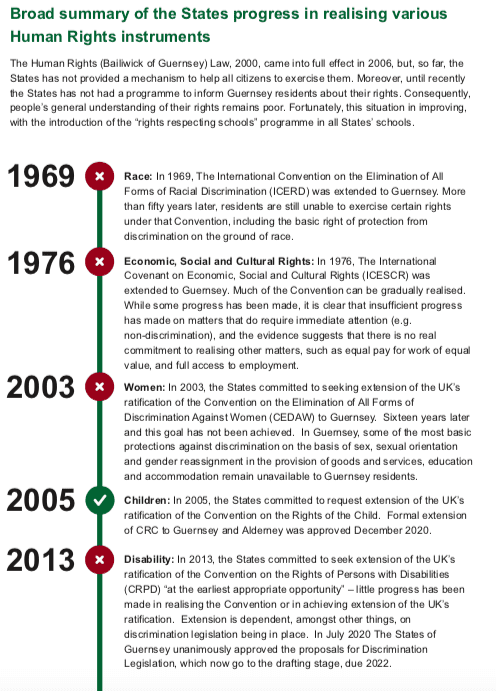 Find out more about CRPD on the following page