In Jersey information about this legislation is provided by the Citizens Advice Bureau (CAB).  CAB’s Practical Guide to Disability Discrimination is available here. 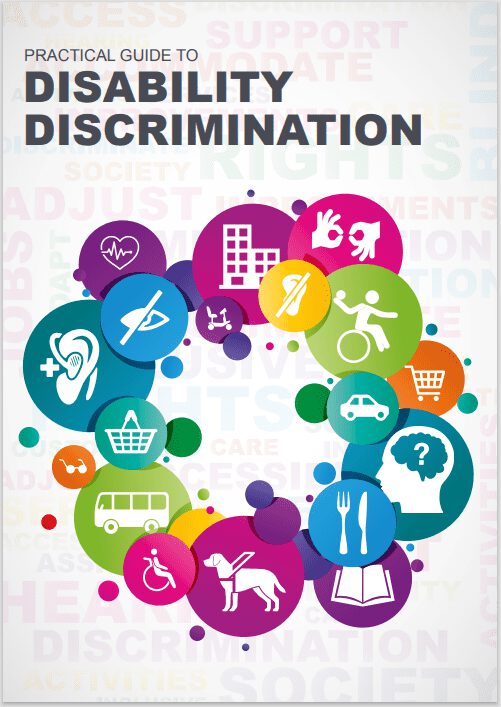 Committee for Employment and Social Security’s Choice of Legislation

The Discrimination (Jersey) Law was not included in the short list for various reasons but principally because, at that time, Jersey’s law did not include the ground of disability.

In 2019, the suitability of Jersey’s discrimination Law as a model to be adopted by Guernsey was independently evaluated by experts in discrimination legislation from National University of Galway Ireland.

Comments from the experts included:
“…there are also significant problems with the Law, which would need to be addressed if Guernsey wishes to use it as a model. Perhaps most importantly, the Jersey Law, as it stands, is not compliant with the CRPD. We have detailed the key breaches …, but some of the issues are
quite fundamental.”

1. Jersey’s definition of disability is not based on a social model or human rights model and does not capture many instances of discrimination.

The experts from National University of Ireland Galway went on to identify other problematic features of the Jersey Law:

3. It was noted that the Law did not include a provision which reverses the burden of proof once a prima facie case of discrimination has been established. Such a provision exists in UK and Guernsey legislation and most other jurisdictions (e.g whole of Europe). The experts commented:
“This is crucial as it is so difficult to prove motivation. Hence, once there is sufficient initial evidence to suggest that discrimination has
occurred, it should be for the duty-bearer to show that it has not. Without such a provision, the legislation is likely to be quite ineffective”.

4. The definition of disability is not compliant with the United Nations Convention on the Rights of the Persons with Disabilities (UNCRPD), which does not require any threshold of severity or impact on functionality. It would be difficult to access some rights, as the applicability of the law is contingent on a narrowly defined status.

5. The Jersey Law is very qualified throughout, including multiple exclusions. Some of the exclusions breach the UNCRPD.

6. Protection is complicated because, due to the multiple exclusions, it varies from ground to ground [referencing different protected grounds].

7. The Jersey Law does not include a specific ground of protection for carers.

8. The Jersey Law provides no protection on the ground of religious belief.

9. The Jersey Law does not explicitly cover discrimination by association.

10.Intersectional discrimination is not covered at all.

11. Overall, the provisions relating to reasonable adjustments do not comply with the standard required by the CRPD. For example, the Jersey Law does not impose a duty to consult with the disabled person with regard to what steps would be ‘reasonable’.

12. There is no section expressly dealing with discriminatory advertising.

13. The provisions dealing with harassment are inconsistent and fail to cover some important issues.

14. Exceptions in relation to insurance are is especially relevant to disabled people, and a breach of the CRPD in relation to health and life insurance. The Race exception is also problematic. For example, it could permit a denial of travel insurance on the ground of race.

15. The principal remedy appears to be compensation, but the award limits are very low, no matter how bad the discrimination or how long it has been going on. The sanctions are therefore unlikely to be effective, proportionate or dissuasive.

The expert’s concluding comments included
“Overall, although the Jersey Law does have strengths, we would not rate it as highly as other jurisdictions we have examined, such as Ireland, Australia, New Zealand or Canada. This is because the Jersey Law is significantly less rights-based, less compliant with the CRPD, and less comprehensive.”

As noted by the experts (above), the Jersey Law does not contain a provision that reverses the burden of proof. Such an omission is not compliant with the Committee for CRPD General Comment 6 which states: “In particular, procedural rules should shift the burden of proof in civil procedures from the claimant to the respondent in cases where there are facts from which it may be presumed that there has been discrimination”.

In the GDA’s opinion, the Jersey Law’s definition of disability does not comply with UN CRPD. The definition is unique, and, having only recently been introduced, is not “tried and tested”. The definition is similar, but substantially different, to the UK definition on which it is based and which, we believe, is almost as problematic as the new Jersey definition. UK case law may not be relied on.

In contrast, the currently proposed impairment based definition in Guernsey’s proposals is based on a definition which originated in Australia (versions of which are employed in Hong Kong, New Zealand and Ireland) and which has been used there for decades, without any of the concerns voiced by some local commentators arising in practice. Additionally, that definition has been reviewed, see Review of the Disability Discrimination Act 1992 (2004), since its introduction and the review concluded that there was no need for amendment.

Business groups have recently signalled that they would now support the current proposals. However there has been some people comment that they would have preferred for Guernsey to adopt the Jersey Law “wholesale”.

As well as the issues above it is the GDA’s understanding that adopting the Discrimination Jersey Law might involve review and amendment of several other pieces of Guernsey legislation. This could mean losing some valuable protections within existing legislation (e.g. Sex Discrimination Ordinance) and further unnecessary delay in establishing discrimination legislation in Guernsey.

Possibly some would still wish to push for the Jersey Law to be adopted. The Guernsey Disability Alliance has been forced into a position where it has
been necessary to accept uncomfortable pragmatic compromises. We have accepted that it would be foolish to unwittingly allow the perfect to get in the way of the good.

Human rights exist to protect citizens from the excesses of those who are in power: within the process of developing the legislation, very little power has
resided in persons with disabilities. Such power that is available to persons affected by disability exists principally in their voices and in respect for their
rights. A motion, at this stage, to discard the current proposals would fly in the face of the evidence and would effectively disregard the years of  collaborative and consultative work of ESS and stakeholders, and would fail to respect those voices and those rights

ESS noted that a common response to the summer 2019 consultation on the Committee’s draft technical proposals, was to ask if the Committee could give further consideration to the Discrimination (Jersey) Law 2013 (“the Jersey Law”). This was not in force when the Committee for Employment & Social Security carried out its analysis of the effectiveness of legislation in other jurisdictions during 2018 and so had not been included in the original analysis.

As a result of this consultation feedback, during November and December 2019, and January 2020, the Committee reviewed the Jersey Law and
carefully considered this as an option. This was then set out in Appendix 5 of the ESS’s Policy Letter Proposals for a new Discrimination Ordinance Appendix 5 – Discrimination Policy Letter.