Skip to content
Home » FAQs » What is the phasing of the grounds for the discrimination legislation?

What is the phasing of the grounds for the discrimination legislation?

It has been agreed that the 10 different grounds which will be covered by the discrimination legislation will be phased in, starting in 2022 and finishing in 2027.

Consultation question regarding whether all ten protected grounds should come into force at once or if they should be phased in.

Mixed response. Some felt the grounds of protection should be phased in, as was the case in Jersey, in order to give businesses more time to adapt and adjust.

Following a successful amendment, sexual orientation and religious belief were added into phase 1; age remained in phase 2; the remainder of what was previously phase 3 was subsumed into phase 2

Phase 2: Age and the replacement and extension to other fields of the current Sex Discrimination Ordinance (sex, gender reassignment, pregnancy and marital status) 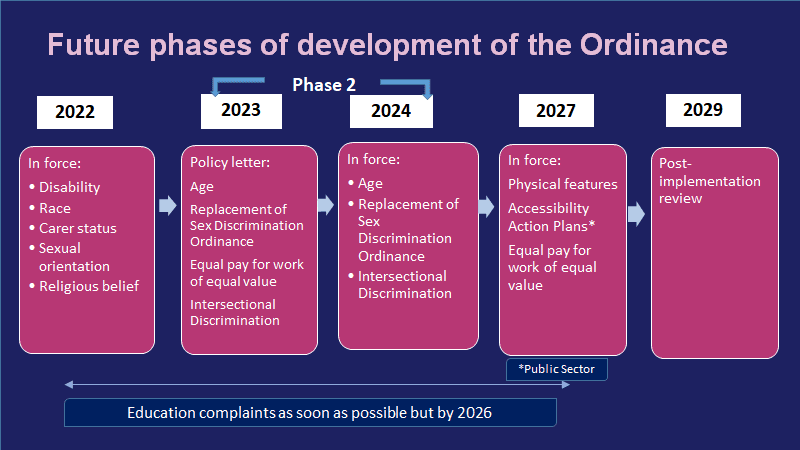