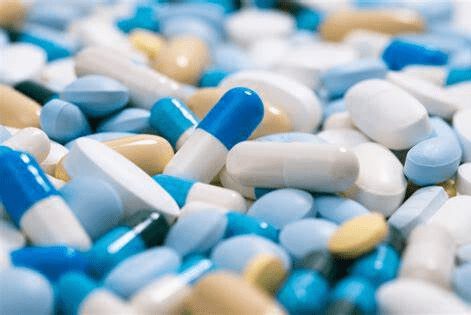 The NICE TAs campaign is led by Mike Read, Chair, HEAL and GDA Health representative, to ensure that NICE TAs are available in Guernsey that are available in the UK. The States of Guernsey have agreed in the Government Work Plan debate, on 21st July, to an amendment laid by Deputy Peter Roffey to make sure that this now happens.

The following gives the background to this campaign and a link to the news item on the amendment.

Just last year the Committee for Health and Social Care (HSC), lead by Deputy Soulsby, brought the ‘Review of the Funding of Drugs, Treatments and Devices’ to the States. Both the Policy and Resources Committee (P&RC) and the HSC were forced to recognise that the disparity between the drugs and treatments available to islanders compared to patients in the NHS (on whom we rely so heavily) was now too great to be justified. The drugs and treatments in question have been deemed by the National Institute for Health and Care Excellence (NICE) to be the most cost effective treatments for use in the NHS and by law have to be made available by every health authority within 90 days. The assessment process for each drug is called a Technology Appraisal or TA, hence we refer to them as NICE TAs.

In the moving BBC report below, Miss Sophie Creed, aged 21, speaks about the chronic condition she was born with, cystic fibrosis, and tells us what a difference getting timely access to the right drug has made to her life and her future.

Deputy Soulsby in opening her speech on NICE TAs said; “Our proposals are expected to help thousands of people – not a handful, thousands – who may live longer, may live in less pain or be able to live independently and productively for longer.”

And, “Ultimately and probably most importantly, given the last debate, supporting these proposals today will reduce inequality by making available drugs that are currently only available to those who can pay.”

A situation Deputy Roffey has often described as scandalous.

The States voted 38/1 in favour of the two year phased introduction of new drugs and treatments, benefiting an estimated 3700 islanders. A short term funding solution was approved, with drugs up to a certain threshold made available in year one and a higher threshold in year two. The agreed funding would bridge the gap until broader questions about the funding of ALL public services was answered by the Taxation Review, due before the States in September.

Heal Equality for All (HEAL), the Guernsey Cancer Alliance (GCA) and the GDA are all very disappointed that the GWP, lead by Deputy Soulsby, is now proposing to stop the roll out of new drugs and treatments after just the first year. We believe this to be not only premature but unnecessary, lacking in evidence and a bitter blow to the hopes of patients. Cancer patients lives will be most impacted, with many treatments only available to those that are wealthy enough to pay or are lucky enough to have very good health insurance.

HEAL have been meeting with deputies to express and discuss our deep concerns. An amendment has been laid by Deputies Roffey and Queripel which would maintain the extant resolutions as agreed last year. Our encouraging discussions with the HSC leave us optimistic they will support this amendment but the views of other deputies are less clear.

With debate on the GWP beginning on Wednesday 21st July we would urge members to email deputies urgently, expressing their views or concerns.

Finally I leave you with the words of the HSC’s Partnership of Purpose; Transforming Bailiwick Health and Care. This was passed unanimously by the States in 2017.

The Committee would stress that spending on health and care should not be viewed solely as a debt or a burden. It is also a significant benefit to the Bailiwick and its population, improving people’s health, wellbeing and quality of life, and ensuring the Bailiwick remains an attractive place to live and work, raise a family and do business. Good health and economic activity and productivity are linked – a healthy economy needs a healthy society.

For information on the amendments, voting, media and other comments see the news page by clicking the button below: