In response to some of the recent media articles and discussions around the Discrimination Legislation Consultation, the GDA, our members and other stakeholders have designed a Myth Busting document to provide research, facts and further information to dispel a number of these myths. 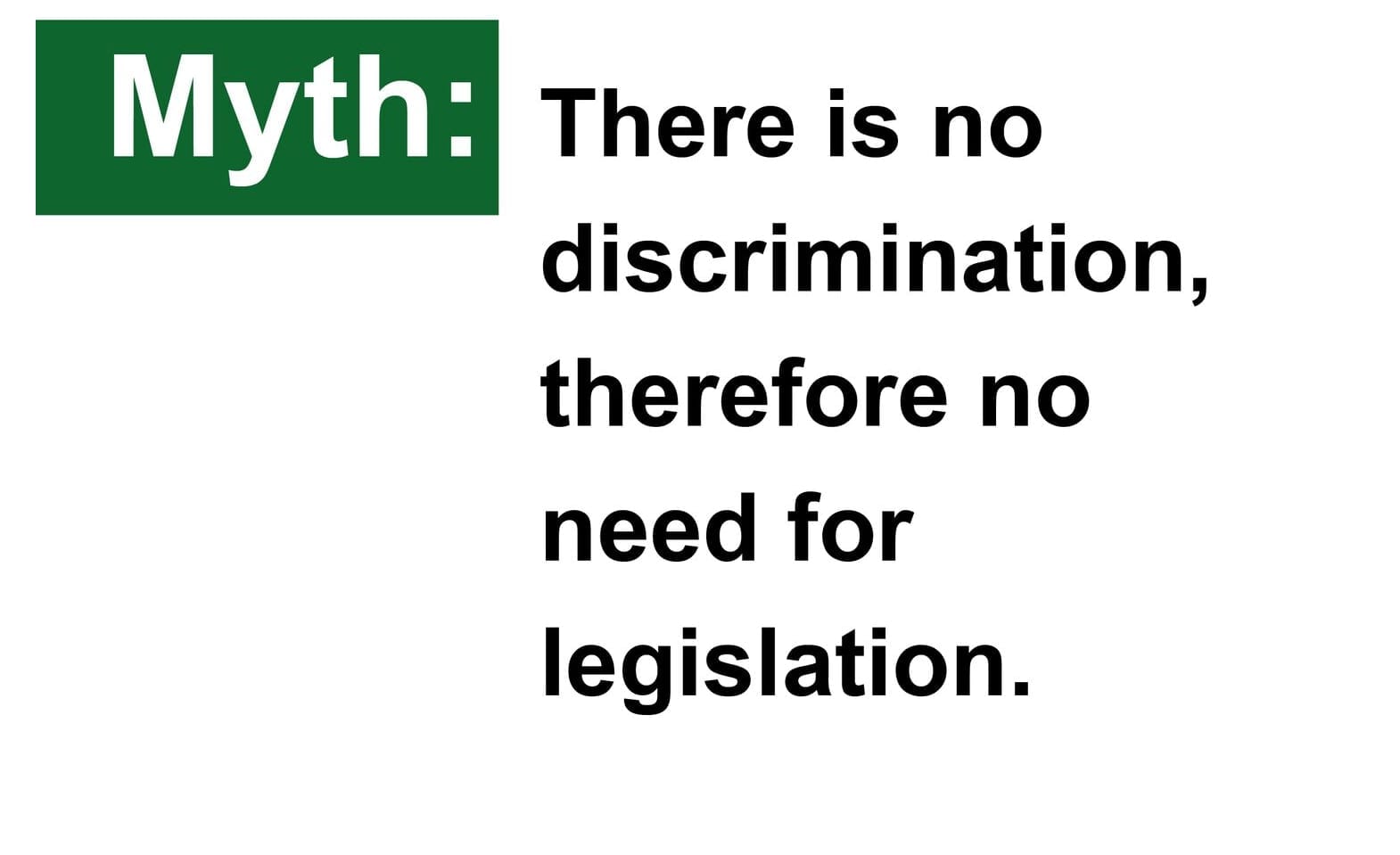 In response to some of the recent media articles and discussions around the Discrimination Legislation Consultation, the GDA, our members and other stakeholders have designed a Myth Busting document to provide research, facts and further information to dispel a number of these myths. We will add to this over the next few weeks and via Social Media

Myth 1: There is no visible discrimination, therefore no need for legislation

Myth 2: Legislation will lead to job losses and reduced competitiveness

[i] Since the introduction of discrimination legislation in the UK, the employment gap between disabled and non-disabled people has reduced from approximately 40% to 29.9%, see also: Powel, Andrew, May 2019, “People with Disabilities in Employment”, House of Commons Briefing Paper number 7540.

[ii]  Gibbard, Desormeaux, Persaud, and Wright, 2018, ”The Business Case to Build Physically Accessible Environments”, The Conference Board of Canada

Myth 3: The legislation is gold plated

Myth 5: The proposed definition of disability is too broad and will lead to employees gaming the system – even a lack of talent will qualify as a disability

[i] Quotation by Professor Anna Lawson, extracted from 2017 GDA video of the “An evening with Anna Lawson” event

…the Equal Treatment Based on Handicap and Chronic Diseases Act does not define the terms ‘handicap’ and ‘chronic disease’ because: “the Dutch government feels that a comprehensive definition is neither needed nor desirable because the limitations are determined by circumstances and not specific characteristics of a person. The unique aspect of this Act is that it also obliges employers to provide for effective measures to create a level playing field where possible, unless this would be a disproportionate burden for them.”

And advice from the Canadian Human Rights commission:

[vii] UK Government: Equality Act 2010, Guidance on matters to be taken into account in determining questions relating to the definition of disability

[viii] See for example: Bamba and Hope, 2006, “What are the effects of anti-discriminatory legislation on socioeconomic inequalities in the employment consequences of ill health and disability?”, J Epidemiol Community Health2007;61:421-426 doi:10.1136/jech.2006.052662 and Dr Belinda Smith, 2008, Models of anti-discrimination legislation – Does Canada offer any lessons for the reform of Australia’s laws?, University of Sydney.

[ix] Or, in the case of discrimination arising from disability, unfavourable treatment.

Myth 7: Employers in the UK can ask pre-employment questions about existing and past disabilities