15 years since the start of a disability forum (GDA)

In the News, Members 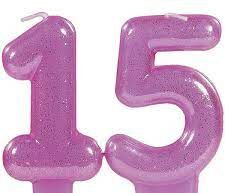 27th September 2007 (15 years ago), Rob Platts, then Chair of the Guernsey MS Society, went to a meeting to discuss the sharing of information between islanders with disabilities.

The initiative was instigated and hosted by Roger Bowns, the much-loved Channel TV presenter, now sadly no longer with us. Roger was himself a person with disabilities. and, in his later years was frustrated by the effort required to find out about goods and services that would be help him maintain his independence.At the meeting, Maria Gregory-Haines from HSSD explained that the States was keen to set up a Disability Forum to bring together islanders affected by disability, States departments, healthcare professionals and voluntary organisations. She asked Rob if he would represent voluntary organisations on the Forum.

With the assistance of Wendy Beaven from Health Information Guernsey, Rob called a meeting of all the third sector organisations  involved with disability and thus began the “Voluntary Organisations Group of the Disability Forum”. However, once the organisations started meeting regularly, they found that they had many issues in common, regardless of the different impairments of the people they supported – housing, employment, respite, equipment, benefits, transport, access…

The group developed an energy and a sense of purpose way beyond simply contributing to the Forum, and began attracting individual persons with disabilities, as well as a wide range of voluntary organisations, including the island’s mental health charities.