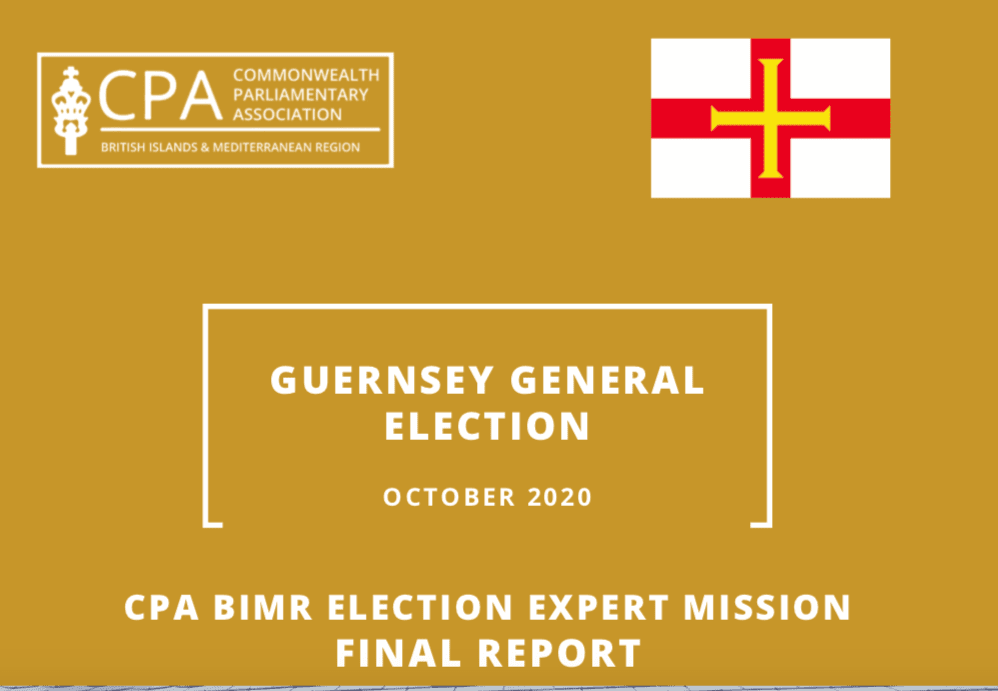 Read the media release here and full report here
The team of international observers that carried out an independent Election Expert Mission to the Guernsey General Election have published their report. The observers concluded that the Guernsey Election was a successful democratic exercise, and that Guernsey’s legal framework complies with international standards for democratic elections. Their report also includes a number of recommendations to enhance the conduct of future elections.

“This was an election of firsts,” Head of Mission Jim Wells MLA commented. “The first time election observers were invited by Guernsey; the first use of a new electoral system; the first inclusion of advance polling days; and, on top of all this, the first election to be conducted during a global pandemic.”

“The Guernsey Election was a successful democratic exercise,” Jim Wells MLA continued. “Guernsey’s legal framework for elections complies with international standards for democratic elections. The introduction of new island-wide voting has led to some challenges. Many of these were effectively dealt with while others still remain as outlined in our report.”

In the official report, the observers noted twelve recommendations to improve elections going forward. The report includes recommendations on creating a permanent elections body, increased oversight of political parties and campaign expenditure, and the extension of international conventions on women’s rights and disability rights to Guernsey.

The report includes recommendations on:

PARTICIPATION OF PERSONS WITH DISABILITIES
Extension of Articles 21 and 29 of the Convention on the Rights of Persons with Disabilities should be pursued without delay. This will entail enactment of equality legislation to enable fulfilment of convention obligations in advance of the extension

PARTICIPATION OF PERSONS WITH DISABILITIES

The Convention on the Rights of Persons with Disabilities makes provision in Article 29 for the participation in political and public life of persons with disabilities. Article 21 of the convention further requires that parties shall take all appropriate measures to ensure the freedom of expression and opinion and access to information of those concerned. The convention has yet to be extended to Guernsey. Legislative preparations are underway to allow such extension, as equality law in the form of a new discrimination ordinance has been drafted and appears likely to be enacted soon.

Recommendation 11: Extension of Articles 21 and 29 of the Convention on the Rights of Persons with Disabilities should be pursued without delay. This will entail enactment of equality legislation to enable fulfilment of convention obligations in advance of the extension.

In the meantime, the present legal regime protects the political participation rights of persons with disabilities. In 2016 a provision was added to the Reform Law which abolished “the mental incapacity” to vote. Article 27B now provides that any rule of law which provides that a person is subject to a legal incapacity to vote “by reason of his or her mental state” is abolished. This represents a liberal approach to voters with intellectual disability or mental illness.

Commendable efforts were made by the Registrar-General and her team to ensure access to polling stations for persons with physical disabilities. Polling stations were almost entirely accessible independently, with the exception of the polling station in St. Andrews. This deficiency was well communicated in advance and all voters wishing to do so could vote instead at the super polling station at the Performing Arts Centre, which was accessible.

The ballot paper, which required the careful shading in of small ovals, to be recorded by optical scanner, gave rise to some concerns regarding difficulties posed for voters with visual or motor impairments. The ovals were relatively indistinct on investigation. Magnifiers were available for those who wished to use them. Voters may, by law, be assisted to vote, but secrecy is compromised for such voters. They do not have the facility to vote independently. 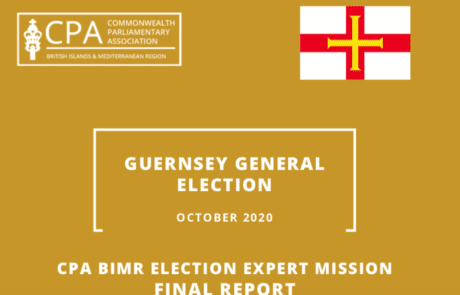 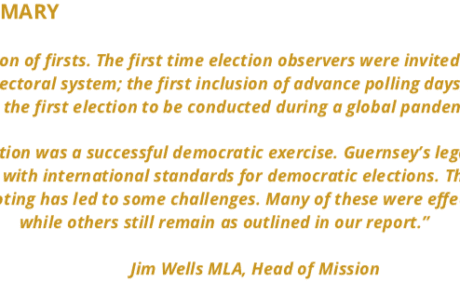 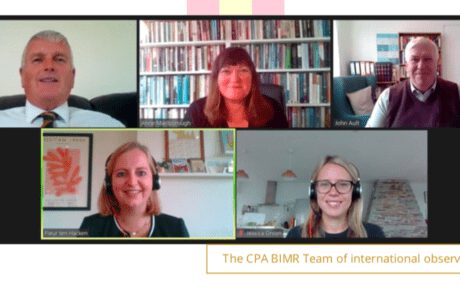