Convention on the Rights of the Child (CRC)

Education, Human Rights, In the News 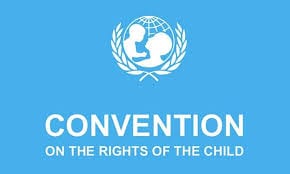 The GDA is excited to see the extension of CRC locally

The States of Guernsey media release:

The United Nations Convention on the Rights of the Child (UNCRC) has now been formally extended to Guernsey and Alderney.

The convention is the most widely ratified piece of international human rights legislation in history.

Extending the Convention to Guernsey and Alderney has been a priority action for the States, with the Children and Young People’s Plan stating signing up to the UNCRC as one of its overarching actions in the 2016-2022 plan. The CYPP also saw all Guernsey and Alderney schools achieve the Rights Respecting Schools Awards through Unicef.

Following a significant piece of work alongside the UK Government, the UNCRC was formally extended to Guernsey and Alderney last month.

In total there are 54 articles in the Convention, covering every aspect of a child’s life – setting out the civil, political, economic, social and cultural rights which all children everywhere are entitled to.

It also explains how adults and governments must work together to make sure all children can enjoy all of their rights. The Convention is designed to be seen as a whole, with all rights linked and of equal importance.

However there are four articles within the Convention which are seen as “special”, known as the General Principles: non-discrimination; best interests of the child; right to life survival and development; right to be heard.

“Putting children’s rights at the centre of everything we do as a government and island community is naturally essential. This Convention ensures a legally binding undertaking exists to keep our children safe and secure. They are the future of this island and we are proud to formally introduce this most important of conventions.”

“The UNCRC is the most widely ratified human rights treaty in the world and a key action point of the CYPP. As a States we must not only remember but demonstrate our commitment to the next generation and extending this Convention to Guernsey and Alderney is the most fitting way to exemplify that this is a priority.”

“I am delighted to see this Convention extended to Guernsey and Alderney. Children and Young People in all our schools are already aware of the articles through the successful implementation of the UNICEF Right Respecting Schools Award that teachers are leading on with our Youth Commission colleagues. Extending the UNCRC to Guernsey and Alderney underlines our commitment to listen to and act upon what children and young people are telling us about their concerns and goals for the future.”

“Guernsey now joins nations across the world as having this Convention as the foundation for the rights our children are entitled to. It means that if you’re born here or move here, you know there is a set of globally accepted standards applied locally for all children. It is a great step and we want to thank everyone who has worked hard on seeing this Convention extended to Guernsey and Alderney and the work already done by children in school to understand their rights.”