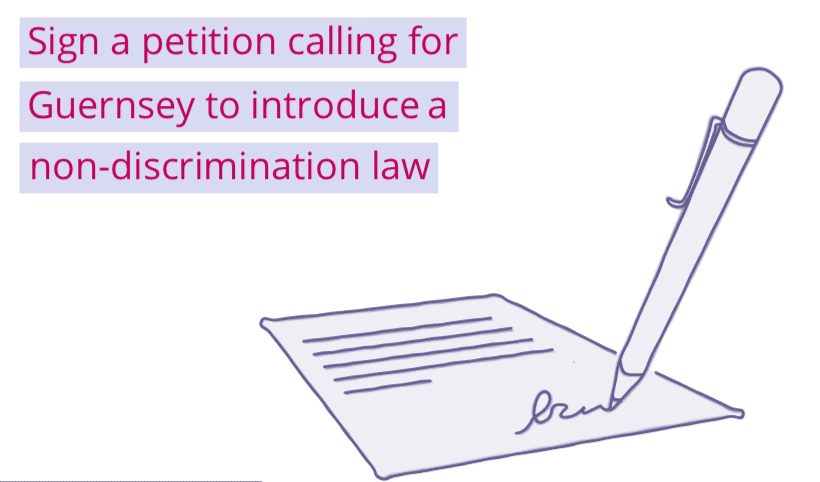 In Guernsey it is easy to feel a degree of separation with the events going on in the rest of the world. Our small community isn’t diverse. We lead a sheltered existence. My personal experience supports this; I only recently discovered that Guernsey does not currently have an anti-discrimination law. To be perfectly clear, there is no law against discrimination on the grounds of race, religious belief or disability. In 2020, this is unthinkably outdated; it is not acceptable.

On the 2nd March a proposal was made outlining a new discrimination act. The policy letter can be found here: https://gov.gg/article/176559/Proposals-for-a-New-Discrimination-Ordinance This is an important step. However, it cannot be ignored that such legislation has been dismissed in the past. In June 2019 it was unanimously decided that the Committee for Employment and Social Security should develop proposals for new legislation but the work was suspended on the grounds of the ‘polarised response’ it elicited and the uncertainty regarding its ability to obtain majority support. The article from the States discussing the dismissal of the initial proposals can be found here: https://gov.gg/article/175022/Discrimination-Legislation-proposals-to-be-re-focussed

Many of those in opposition to the legislation hide behind the farce of preserving ‘the Guernsey way of life.’ What is ‘the Guernsey way of life?’ Is it not having the legislation in place to enable action to be taken against an act of discrimination? Is it denying minorities a voice within our community? Is it silencing the people we should be protecting? This legislation is not divisive. A community that does not defend its vulnerable members is not a community at all. This anti-discrimination legislation is a unifying force.

The potential passing of this law is not an accusation. It is not attacking the people of Guernsey as bigots. It is merely ensuring that the vulnerable members of our community are protected and given the means to act in the face of prejudice. Considering anti-discrimination bureaucracy an unnecessary expenditure of tax-payer money is an act of unspeakable privilege. It speaks of a security born out of the misplaced confidence that you will never face discrimination. It suggests a lack of empathy for your fellow islanders. A 2012 survey demonstrates that 6% of the population of the Bailiwick of Guernsey and Alderney face long term conditions that cause severe difficulties. These are part of the 14,000 people with conditions that affect their day to day lives to a lesser degree. It cannot be argued that this legislation is unnecessary. It cannot be argued that these people do not deserve protection.

As defined in the second act of the UN’s Universal Declaration of Human Rights, ‘Everyone is entitled to all rights and freedoms […] without distinction of any kind, such as race, colour, sex, language, religion, political or other opinion, national or social origin, property, birth or other status.’ It is a discredit to our island that we do not have the regulations in place to uphold this.

In these turbulent times the States of Guernsey have been working tirelessly to bring us through the pandemic. Their leadership has been firm and the constant communication has provided invaluable support to the community. But we cannot allow this legislation to be buried. Action must be taken. We cannot have a repeat of past events. This petition has been created to communicate to our deputies what the Bailiwick of Guernsey and Alderney care about. We stand together as an island. We protect the vulnerable members of our community. Thank you for taking the time to read this. Please share and continue the discussion.