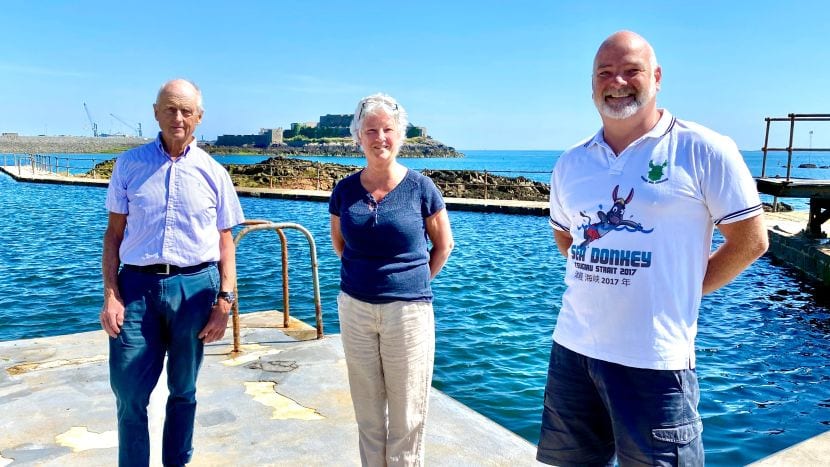 Queen’s Award for Voluntary Service, the highest award given to volunteer groups across the British Isles goes to member charity Guernsey Disability Swimming

Two Guernsey charities have been honoured with the Queen’s Award for Voluntary Service, the highest award given to volunteer groups across the British Isles.

Guernsey Disability Swimming and the Guernsey Voluntary Service have been recognised for the work they do in the Bailiwick, with the Queen herself approving the final list of winners each year.

Guernsey Disability Swimming, which was was established five years ago, is credited with ‘enriching the lives of people with disabilities and their carers in Guernsey’.

It has 15 volunteers on its books and works with around 30 swimmers on a regular basis through its weekly sessions at Beau Sejour.

The Queen’s Award citation describes it as ‘providing essential day care support and Meals on Wheels for the elderly within the community’.

Posting on social media, it said “we feel truly honoured to have received this award. We could not wish for a better team of staff and volunteers and this award is for all of those who contribute to our service”.

Headway Guernsey and the Bailiwick of Guernsey Scout Association were the last Channel Islands organisations to be given the honour in 2019.