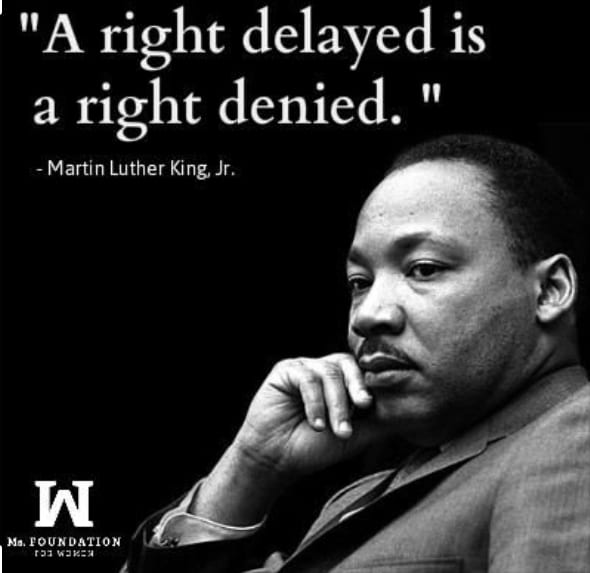 The GDA supports ESS (Employment and Social Security) committees call to deputies to adopt legislation to protect against racial discrimination. The original debate was due April 2020 but was postponed due to the pandemic. The revised date is July but could be pushed back by P&R (Policy and Resources). The GDA encourages our members to support #NoMoreDelays and write to Deputies to debate the Discrimination Legislation July 15th.

Did you know Guernsey has been waiting for anti discrimination legislation on the grounds of Race for more than 50 years!

Please see the full ESS statement on the Gov.gg website

“The death of George Floyd in the United States has moved people all over the world. Many have been moved to protest for an end to racial inequality in all its forms. And it means governments all over the world are also having to look at their own societies and how they can learn from this.

“To think we are somehow so different from other communities and there is nothing for us to learn, is to bury one’s head in the sand. With the global focus now so acutely on tackling racism, this is not acceptable.

“The UN’s International Convention on the Elimination of All Forms of Racial Discrimination (ICERD) was extended to Guernsey in 1969.

“51 years later we still haven’t done anything about it. Racial discrimination is still not prohibited. This must change.

“It can change, and it can change soon, if our fellow States Members move to quickly debate and support proposals our Committee has prepared and put before them. For those who do not follow local politics closely, we have dedicated much of this political term to bringing forward proposals for discrimination legislation in all its forms. We’re issuing this statement today because we want Islanders to be aware of what we have accomplished so far and what still needs to be done.

“It’s true, the discrimination experienced by disabled Islanders was the main motivator for our Committee beginning this work and it should be to Guernsey’s shame this too remains unaddressed. But in trying to right this wrong, our Committee felt discrimination on the grounds of race, religion, sexual orientation, or age should all be protected against, as well as expanding our sex discrimination legislation to not only cover employment but also the provision of goods and services, education, accommodation and membership of clubs and associations. So we expanded our aims and sought to bring forward comprehensive legislation covering all of these forms of discrimination.

“It has been a long and difficult road. A major consultation last year revealed big divisions in what our community felt was ‘proportionate’ in terms of discrimination legislation. Bringing forward proposals that could carry with them a community with very polarised views has been incredibly challenging. We have had to compromise. We have had to ask those who have waited far too long for protection to compromise also. In trying to reach that compromise the task of getting anything done this political term has grown, and we have had to look hard at how we realistically achieve even the beginnings of what we are aiming for.

“This debate would have happened already had the COVID-19 pandemic not rocked our Island, and the rest of the world. Quite understandably this has put a few things on hold. But the introduction of race discrimination legislation has already been on hold for more than half a century. We’ve all waited long enough. Nothing, not even the threat of this terrible virus, should stop us now. We are urging our political colleagues to push ahead with the debate and vote on our discrimination legislation, and to support it, so that finally we can begin to address our failure to protect all of those in our community from racism, prejudice and discrimination in its many forms.”