Disability Legislation, Employment, Equality and Rights Organisation, In the News 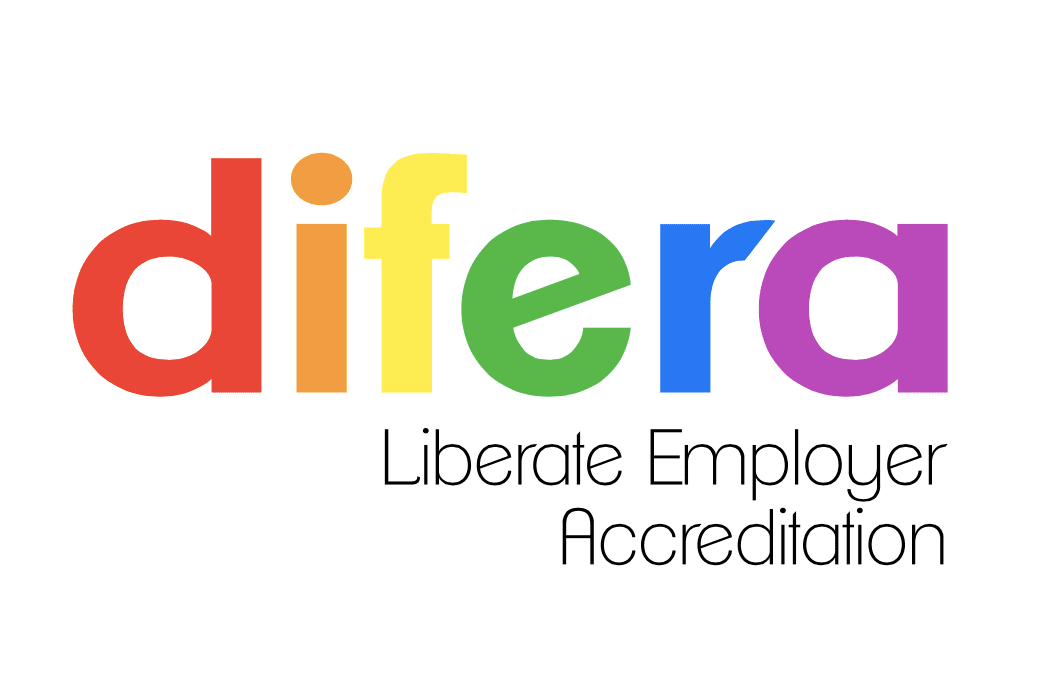 Liberate launched DIFERA at the end of September. DIFERA is the first accreditation in the Channel Islands to award organisations with a quality mark that demonstrates to employees (past, present and future), to clients and suppliers that an organisation places Diversity, Inclusion, Fairness, Equality, Respect and Acceptance at the heart of what they do.
Although Liberate is primarily known as the island’s Lesbian, Gay, Bisexual, Transgender and Queer/Questioning (LGBTQ) charity, DIFERA has been created to raise awareness and acceptance of all minority groups and to promote inclusion within the workplace. As part of an organisation’s DIFERA journey, Liberate will be working with them to access other training services that are available through charities such at the GDA, MIND and Autism Guernsey who can all offer in-depth, specific training on different areas. We hope this will help organisations feel like they can have a more cohesive, on-going diversity and inclusion training program. We also hope that it will help other charities become less reliant on outside funding by increasing the uptake of their workplace training offers.
The brunch launch at the Duke of Richmond Hotel was a great success with over 80 of the island’s biggest organisations attending, along with representatives for various States departments, pledging their support in trying to create a fairer island for all. The accreditation was launched in Jersey earlier this year and has seen such a huge response, so much so that Liberate Jersey have had to put new enquiries on hold until they can clear the backlog of companies wishing to join. Early adopters across the islands include the Channel Islands Co-Operative, Northern Trust, Youth Commission for Guernsey and Alderney, BWCI, Systematica, Citi Bank, Standard Bank, Benest Law, Jersey Hospice Care and States of Jersey Police to name but a few.
We had a wonderful array of speakers, with Karen Blanchford from the GDA talking about accessibility and disability, including some specifics about the legal changes that need to happen in Guernsey. Karen was alongside Kerstin Neason of the Youth Commission and Dave Sauvarin from Northern Trust who both spoke passionately about the need for greater diversity in the workplace from both a personal and business perspective.
The feedback that we’ve had so far has be fantastic, with DIFERA being described as having a ‘progressive yet realistic approach’ which we think pretty much sums it up. We really do believe that DIFERA will make a tangible difference, although it will take time. We have some very exciting meetings booked in with the island’s largest employers….so watch this space!
If you work for an organisation (charity or business) and would like to discuss becoming a DIFERA member please contact hello@liberate.gg
A little more about DIFERA can be found here
Ellie Jones