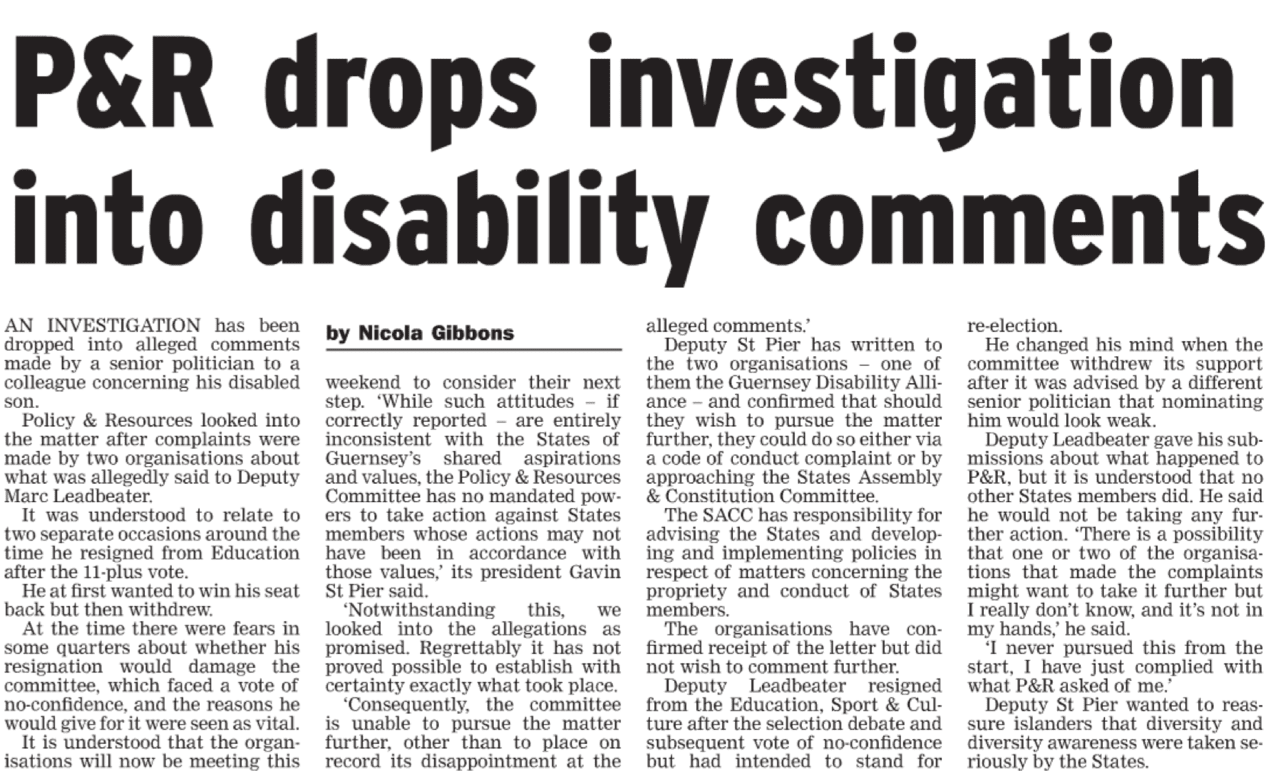 Robin Le Prevost, the Chair of the Guernsey Disability Alliance (GDA) issued the following statement;
Following on from our call to the Policy and Resources Committee for an investigation into the circumstances surrounding Deputy Marc Leadbeater’s non-election to the Committee for Education, Sport & Culture and the subsequent failure of that investigation, purported to be due to the non co-operation of the alleged protagonists, we have considered our position and having found no material difference from our position of several weeks ago have now decided to further our complaint through the States Code of Conduct Panel and can confirm that a letter has been sent to that Panel.
The allegations are of a serious nature concerning the actions of a small number of Deputies who might appear to be acting against the stated aims of the Government to establish a fair and equitable community based upon transparency and equality for all.