Is the Disability Strategy fulfulling its promises? 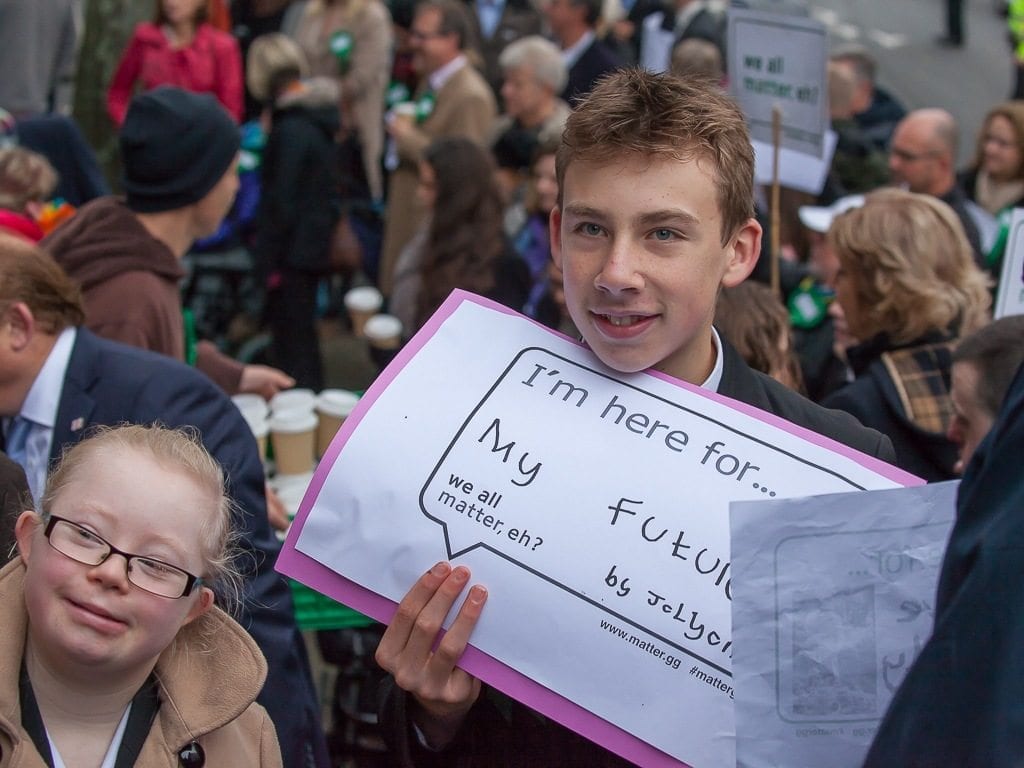 The Disability and Inclusion Strategy was passed unanimously by the States in November 2013. It contains nine different projects.
On 16th October, the States published an Update Report setting out the progress that has been made so far. This report will be debated at the November 2015 States meeting – exactly two years after GDA members stood on the steps of the States to congratulate their deputies.
The GDA has issued a Media Statement and summarised the main points below to help make the information in this important report accessible to our members, our deputies and the public.

States Departments have been taking account of the Strategy when developing new policies and plans. For example, the Transport Strategy has a separate budget for improving transport options for disabled people. Further change will come in 2016 when each States Department takes part in a formal “self-audit”, reviewing how well they meet the needs of disabled islanders and carers. The Appendix to the Report (page 2898) letters from each Department to the Chief Minister outlining what progress they have made.
The voices of disabled people and carers have been heard in a wide range of consultations, including the Children and Young People’s Plan and the Supported Living and Ageing Well Strategy.
The Guernsey Employment Trust has been set up to help disabled people find and maintain employment. This new charity has taken over the supported employment service from HSSD.
Capacity legislation is ahead of schedule and HSSD are due to report to the States by the end of 2015. This legislation will improve the way that decisions are made on behalf of someone who cannot make those decisions for themselves.

What’s not going so well?

Detailed proposals for disability discrimination legislation were due to be presented to the States by Policy Council by December 2015. This will not now happen. A new date of Autumn 2016 has been given but this is purely an indication, it is not a firm date.
A website is in development to link disabled people and carers with the support and services currently available but the promised “Information Service” is a long way off. The States hasn’t yet run any government awareness campaigns to try to change attitudes towards disabled people. This is despite States members placing significant emphasis on this aspect of the Strategy in 2013 and voting through an amendment to increase the relevant budget by £80,000 to £150,000.

What’s holding the Strategy back?

The Report is honest about what’s holding back progress. Quite simply, the States hasn’t been able to allocate enough of the right kind of civil service resource to making the Strategy happen. There are 12 separate references within the Report to “lack of resources”.
The good news is that the staffing challenges faced by the Disability Strategy and other social policy projects have been acknowledged by the Chief Executive of the States in his plans for Public Service Reform . The bad news is that the reorganisation that he is leading will inevitably take time to take effect.

“At present, there are insufficient staff with the appropriate skills to support the timely co-ordination, development and implementation of government policies” – Public Service Reform, Sept 2015 Billet, page 1933

Does the Strategy have enough funding?

The States set aside a £250,000 budget to cover the first two years of the Strategy. £70,000 has been spent which implies that only 30% of this phase of the Strategy has been completed. Deputies are being asked to roll the remainder over into 2016/17.
However Policy Council is clear that the remaining £180,000 in the budget will not be sufficient for all the work that remains and a “further request for funding is inevitable”.
Treasury & Resources says that any further funding requirements for the Disability Strategy can only happen by reducing or ceasing other States services which are considered to be lower priority. This is a standard health warning – which T & R make frequently – that the States needs to prioritise its needs across the board rather than just looking at strategies or services one at a time.

Policy Council has asked the States for more flexibility in how the budget is spent. For example, some of the funds that were originally allocated to Information and Awareness Raising may need to be spent on general resources to drive the Strategy forward. This flexibility will help ensure that projects can continue to progress through the April 2016 election and into the next States term. The public consultation on disability discrimination legislation is due to start at the beginning of 2016.

Does the Strategy have an Action Plan?

No, there’s no Action Plan. The report indicates that detailed proposals for disability discrimination legislation will come to the States for debate in Autumn 2016 but this is just one of the projects and is only an estimate, not a firm plan. The States is not being asked to agree to any completion dates for any of the projects in the Strategy.

What are States members being asked to vote on?

There are four formal proposals (or “propositions”). 1, 2 and 4 are items just “to note” or to address technical details.
Proposition 3 is important as it asks the States to roll-over the remaining budget and give more flexibility in how it is spent. For example, some of the funds that were originally allocated to Information and Awareness Raising may need to be spent on general resources to drive the Strategy forward. This flexibility will help ensure that projects can continue to progress through the April 2016 election and into the next States term.
There is no proposition setting out when the Strategy should return to the States for a further review of progress. Deputy Arrun Wilkie will therefore be proposing an amendment to require a further Update Report in two years time.
Here’s the media coverage so far. 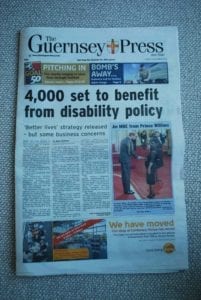